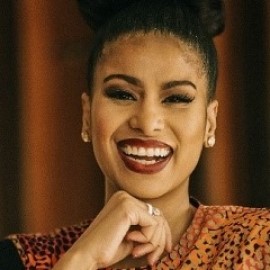 Ms. Julie Gichuru is an entrepreneur and media personality with investments across media, ICT, retail and entertainment sectors. She is a Fellow of the Africa Leadership Initiative EA and hosts the pan African television show Africa Leadership Dialogues. Ms. Gichuru’s career in the media over the past 18 years has seen her work across the fields of broadcast, print and digital media, pioneering an impressive number of celebrated shows. Ms. Gichuru is the first African woman to receive the Martin Luther King Salute to Greatness for peace advocacy in Kenya in 2007 and 2008. Through her company ARIMUS MEDIA Limited Julie drives African conversations on leadership and development and oversees the production of quality African content. She is a Fellow of the United Nations Foundation Global Journalist Corps, she has been recognized by Women in Enterprise as one of the 60 Most Influential African Women in the World and is a Fellow of the Archbishop Desmond Tutu Leadership Program. Ms. Gichuru has been recognized as a Young Global Leader under the World Economic Forum and received the Order of the Grand Warrior from former President Mwai Kibaki for her contributions to nation building in Kenya.

All sessions by Julie Gichuru