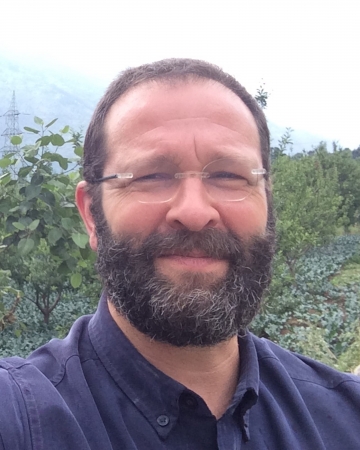 Rob is a Senior Scientist at the Stockholm Environment Institute’s (SEI) U.S. Center. His research focuses on the relationships between energy, social welfare, and environmental change in developing countries. Rob first became interested in these themes while working as a teacher in the U.S. Peace Corps in Elgeyo-Marakwet County, Kenya. He joined SEI after a decade as an academic researcher and university instructor. Rob’s current research focuses on implementing and conducting impact evaluations of household energy interventions such as improved wood-burning stove dissemination. He also studies transition to clean cooking options such as LPG, biogas, and advanced gasifier stoves, collaborates on multi-scalar assessments of woodfuels and land cover change, and advises policy makers on developing sustainable woodfuel supply chains. Rob works in Southern and Eastern Africa, South Asia, and the LAC region.

Rob has a B.S. in Physics from Pennsylvania State University, an M.S. from Northwestern University, and a Ph.D. in Energy and Resources from the University of California, Berkeley. He has led or contributed to over 50 peer-reviewed publications and regularly presents his work in international conferences and workshops.

All sessions by Rob Bailis